Here is the latest photo of my BolD’or. I have owned it 10 years now, and there is no bolt which has not ben opened, (ok, centerstand was never removed). New paint, Hagon shocks, -86 R-engine, german double headlights, otherwise original except shortened rear fender and Nonfango/Givi rack. 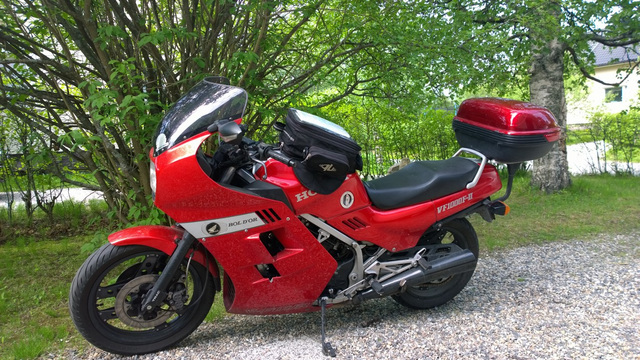 Oops, probably this service provider does not accept direct links, I try to find another. Here is the link anyway:

Lovely bike,same colour as mine,Does it ride as good as it looks?

Lovely bike,same colour as mine,Does it ride as good as it looks?

Yes, I just did a test drive after changing the points of fuel pump. It is still in break-in after engine overhaul, so no real experience of R-engine compared to original. The Hagons were an improvement, especially front became very good, rear needed lots of adjusting, but it is now quite OK.
vfcrazy July 15, 2010, 7:25pm #6

Very nice, how does the R engine feel compared to the stock unit.

Your bike looks amazing Pekka you have done a lot of work in this bike and from what I can see a very good work too.

Best to all from Iceland
Gunnar

I hope my F2 looks half as good as this when it’s finished Pekka!

And I had to add a photo of my big Sabre too: first it is as bought, second with small changes: Clip-ons, Kerkers, Raask rearsets : ) And in third one is my son on a babysabre, which was sold last summer. 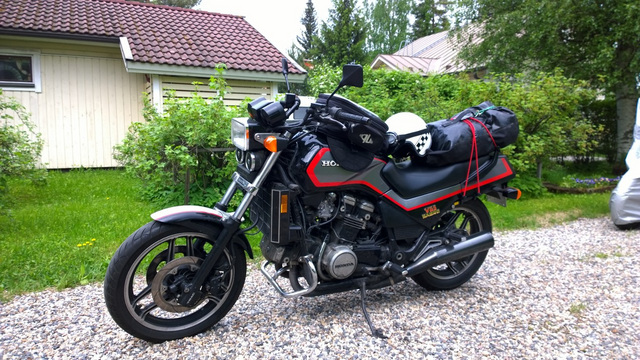 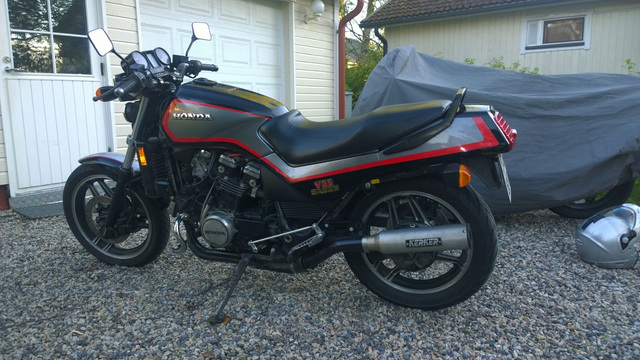 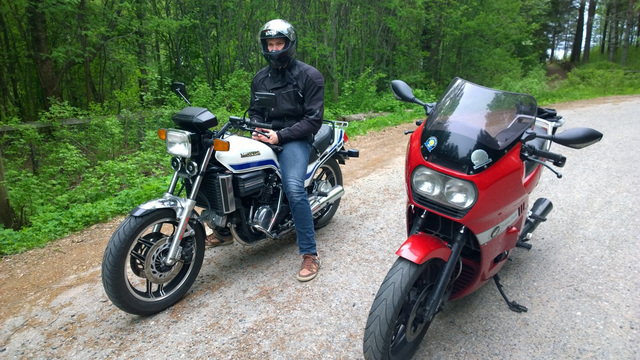 Hi Pekko, and all VF owners! Great looking F2, Japi. It looks very original. So, we are Some finns here too.

Great looking F2, Japi. It looks very original. So, we are Some finns here too.

It has been restored and now looks like the original. Last week, the bike has been confirmed veteran registry in Finland. So…I’m Happy! 8)