Inside our fuel tanks

Ladies and gentlemen,
for those of you who are interested I have some photos of the interior of the VF fuel tanks.
I guess that looks the same for several VF types, this specific tank comes from a 1000 F. I bought it for
a few bucks because I couldn´t get behind how that system really looks like and even my endoscope camera didn´t help me much.
What we can see In front , I mean the tube with that double 90 degree bent which then disappears in the ground is the outlet tube. If anybody can tell me, what the reason is for these multiple bendings, I´d be pleased to have an explanation.

As you surely know there´s another siphon-like bending underneath the tank.

Then, in the „“middle“ there is the tapping point of the „ON“ position, with its metal strainer at the end, and in the rear you see the same strainer for the fuel tap´s „RES“ position, of course located much deeper in the tank. So far, so good.
If I can trust my knowledge in physics, this whole arrangement means, that, if the fuel level drops below the highest point oft the system, i.e. the part between the two 90 degree bends of the outlet tube, then the fuel flow would stop, if no pump sucks out the petrol. Would you agree??
That explains why the f**k I can not drain my bloody tank!

But this does not explain why I could drain my tank nearly completely in November 2021.

Anyway, I´m glad to have spent the 10 Euros; better than brooding all night long about how it all might look.
Best wishes and scusa! for my english… 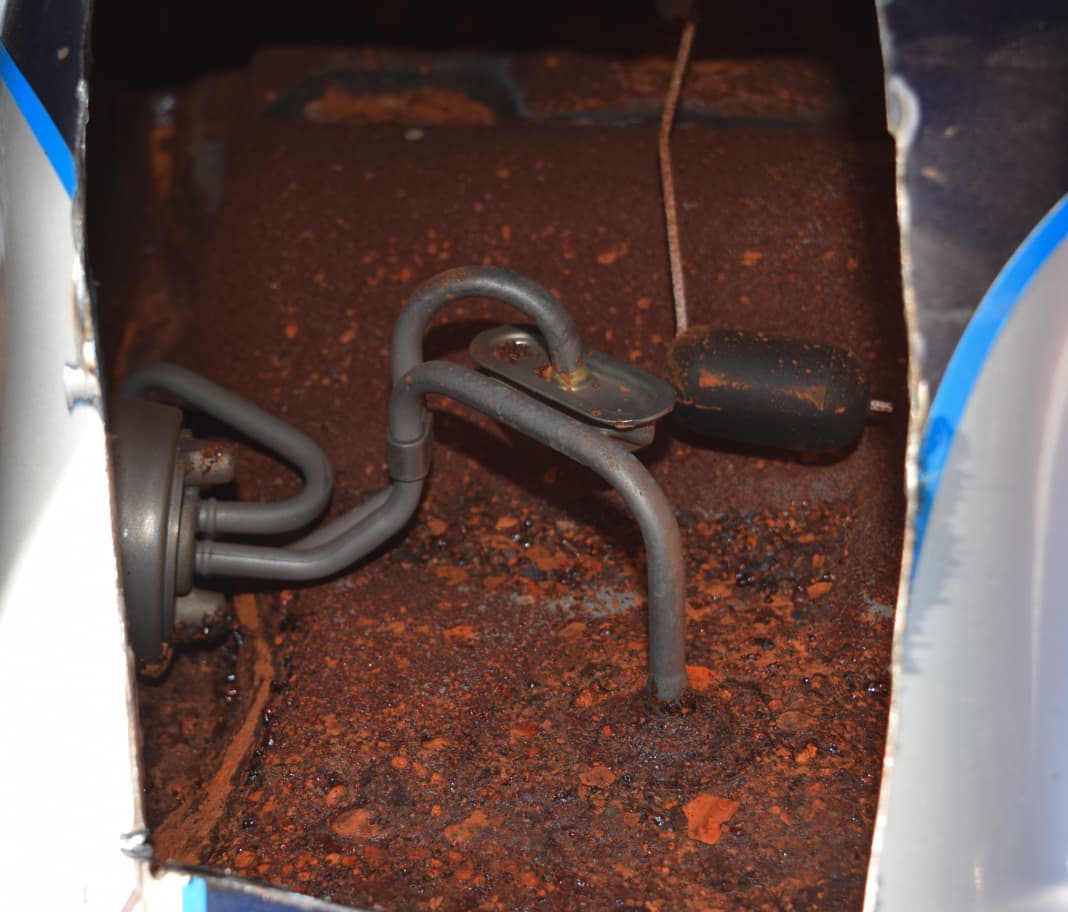 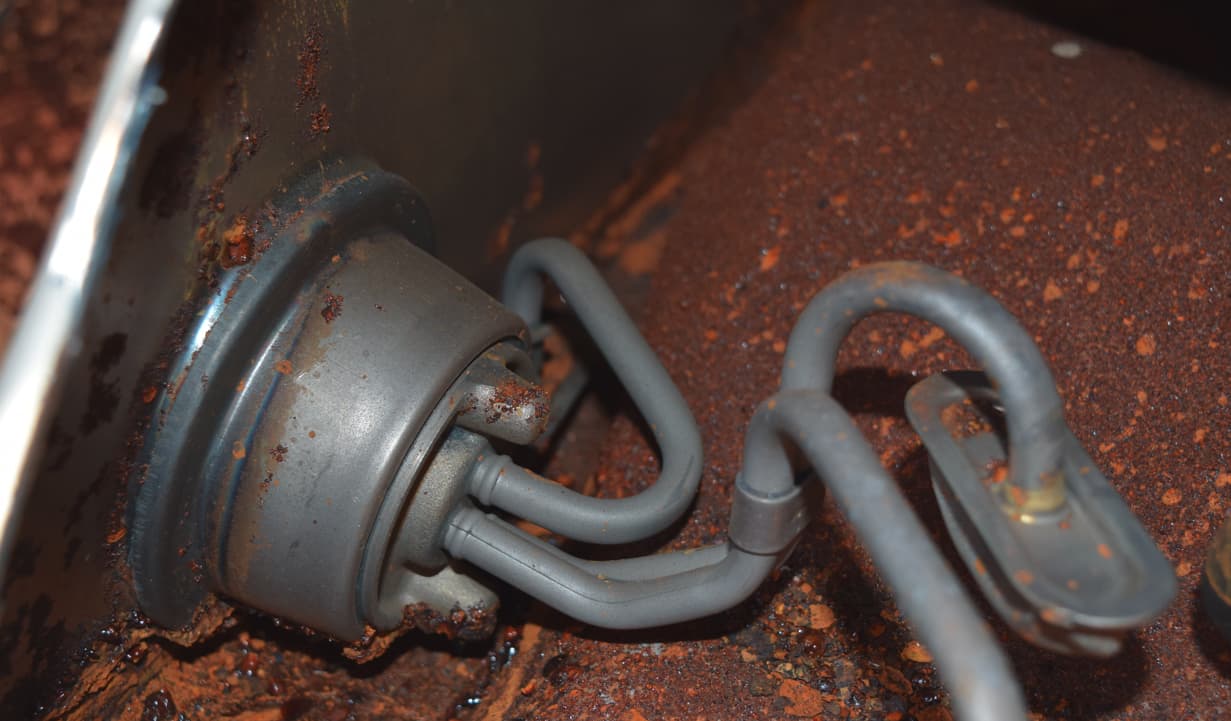 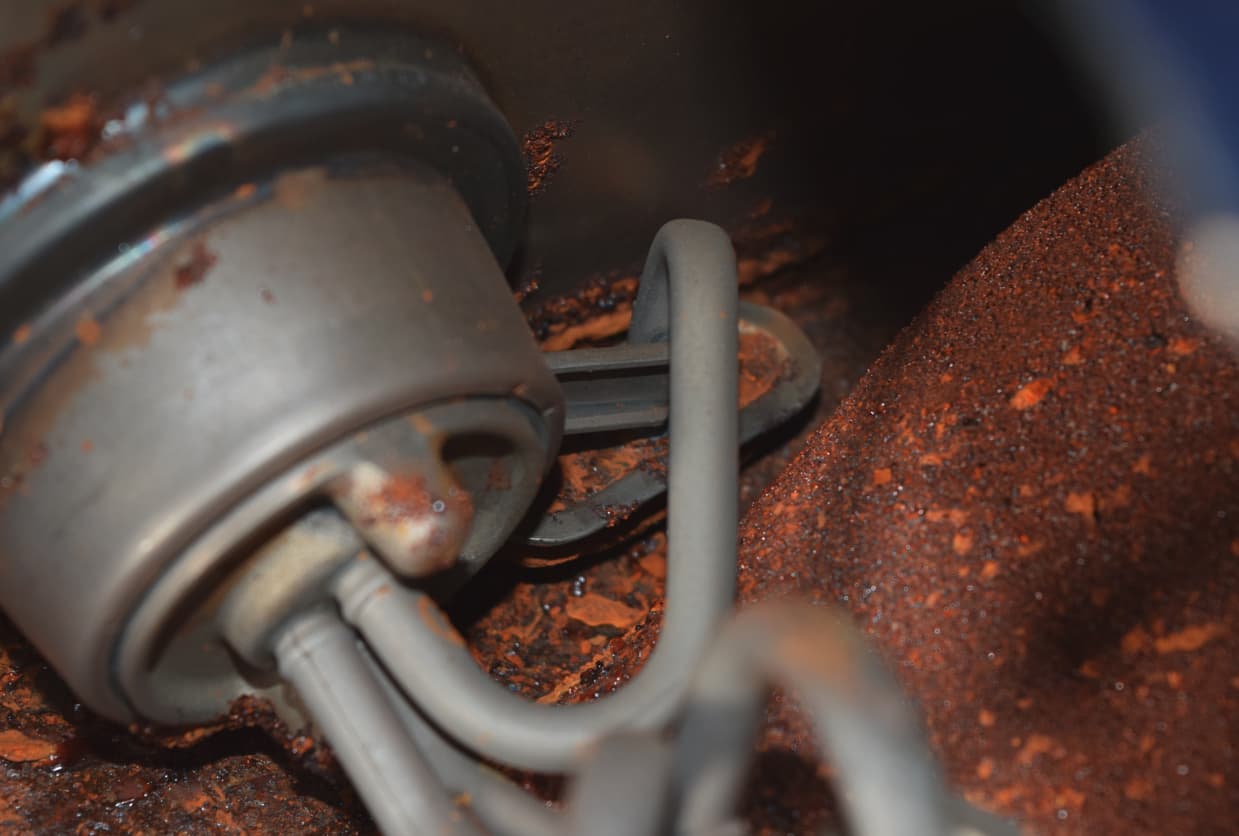 Thanks for the great pics. I often wondered what those tubes looked like. Seems very complicated compared to bottom of tank petcocks.

Wow! yes, great pics. Makes you realise that if you have a rusty tank, then your chances of removing the rust with either chemicals or abrasive processes are pretty low…
Thanks for taking the time to buy an old tank, cut it open, and then paste up the pics!

Nice photo’s, the interesting bit is that it looks like honda use either stainless or a better quality of steel for the fuel pipes, if only they had done that for the rest of the tank…

Nice photos Joe, no wonder the bikes suffer fuel starvation issues when the level goes down to reserve.
I see this tank has a fuel sender to at least give you more idea when to top up before reaching reserve.
Cannot see it being good for the fuel pump also.
I wonder if anyone has done a mod to the tank which cures this?

Another problem would be that lining the tank, after cleaning, could prove disastrous if the liner material blocked what could be mesh filters on the end of those tubes? Didn’t have to deal with that stuff when I worked on the new ones.

Was that old tank leaking at all when you bought it Joe? And also thanks for the photos…

Hi Joe, if you started on the reserve setting of your fuel tap, the syphoning effect should empty the tank to the level of the reserve pickup. Which would almost be the whole tank.

My bike was running fine but I have stripped it to do some works on the cams and rockers as they were pitted.
When I removed the fuel tank it rattled like it was full of small stones…turns out previous owner had lined the tank and it was completely full of flakes of a hard material just like the colour of Joes photos.
I have taken the tank to a chap that specialises in repairing fuel tanks whom I found in last months Practical Sportsbikes, he did a significant repair on the Kawasaki triple in that mag.
Fingers crossed he can fix my tank without the use of another liner.