As I was unclogging my 1984 VF-1000F fuel pump…the guy at the honda dealership did some poking around…here is what we learned.

Here’s the good part…
The 1986 VFR-750 looks identical to the 1984 VF-1000F fuel pump in the parts books. So if you are stuck for a fuel pump for your VF-1000F…you might want to look closely at the 1986 VFR-750 fuel pump. I think it would be quick to modify…it is possible it is the exact same pump with a different electrical connector…hard to say.

You can also use the cheap CBR600 fuel pumps, what you will have to do though is mount it in the clamp incorrectly so it sits at a 15 degree angle and slightly further back from its usual position.
This stops the tubes kinking as these pumps don’t have 90 degree outlets. Use thick wall tubing too, and everything works. The CBR pump has a working pressure of 4-6psi and the same output as the 1000 pump. I’ve two in my 1000s and they work fine.

Thanks Marmite. Check this out…this is 2 photos of a fuel pump for the 1986 and 1987 Honda VFR 750. I just had my pump out of my VF1000F and this pump looks like a dead ringer. My guess is maybe the electrical connector is different…just my guess. 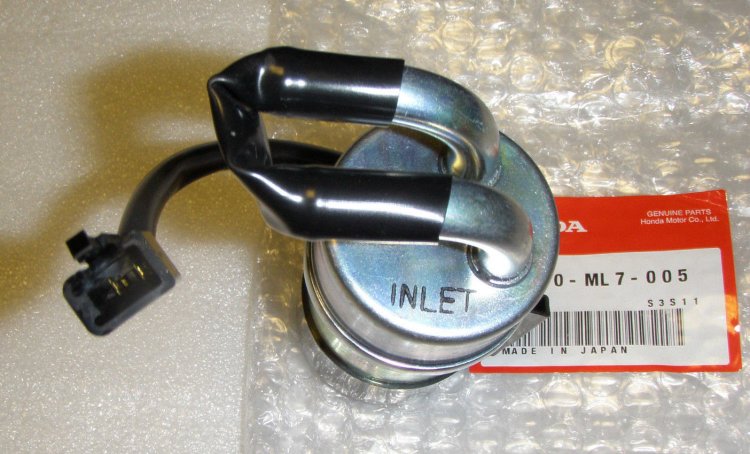 Connector is the same. Black/green wires and the same configuration. if i can find chinese copies of these somewhere, i’ll probably buy a few as spares.

That should work too. the -005 and the -631 are variants for the Fe and the Ff and also for the Canadian Ff which was similar to the Fe for the rest of the world. I would think that the F2f Boldor may also fit with the variant number -831?

I’m always on the lookout for suitable fuel pump replacements, the vfr750/700 (rc24) pump is the same style as the vf1000f and R pumps having the curved in and outlets, differences are, Re and fe pumps have 6mm in/outlets.
Rf,rg,ff and f2f all have 10mm in/ outlets.
The vfr 750/700 (rc24) has 8mm in/outlets…
I’ve just bought a couple of cheep ones that have recently appeared on ebay to try out but haven’t had time to try yet 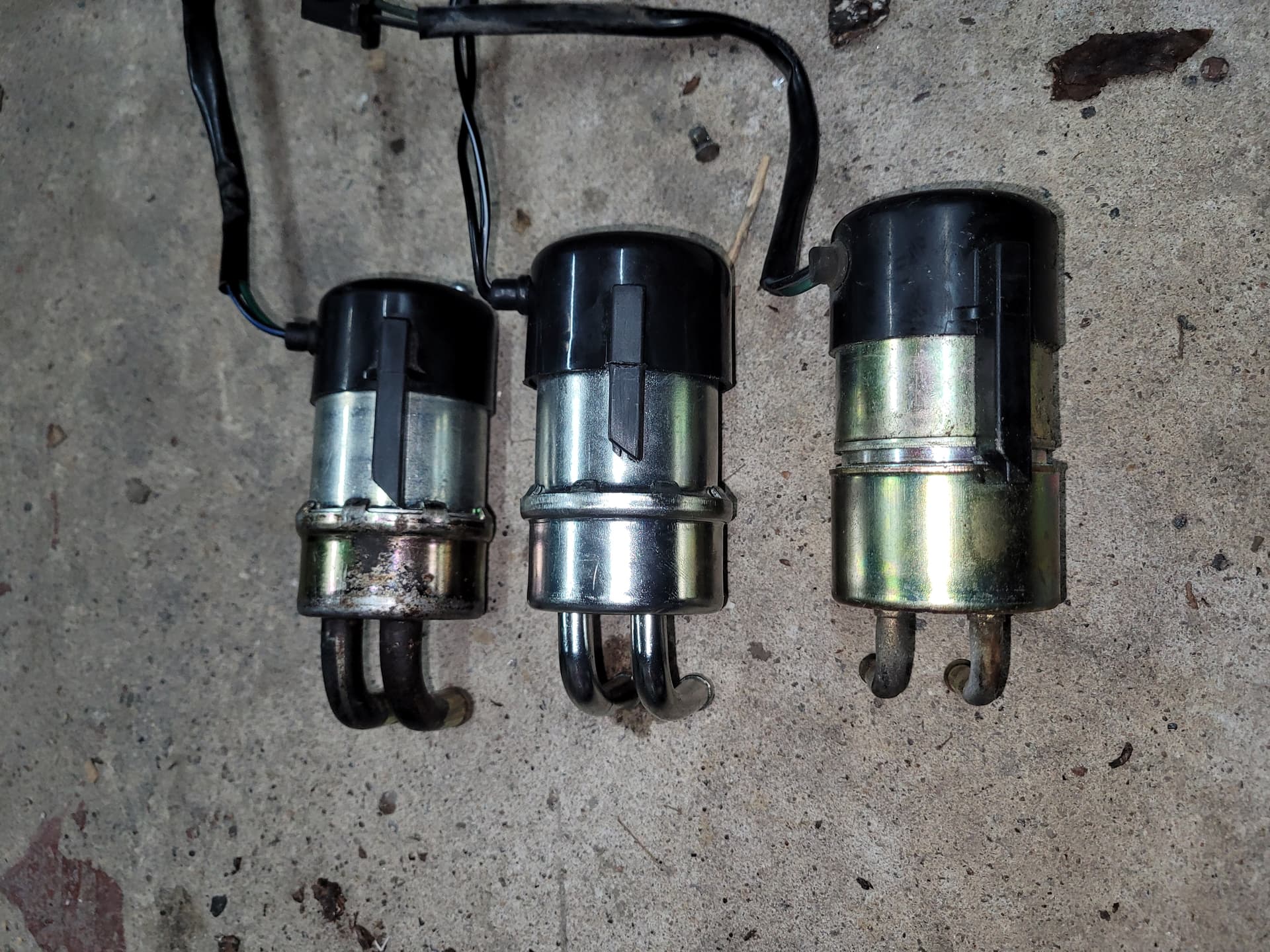 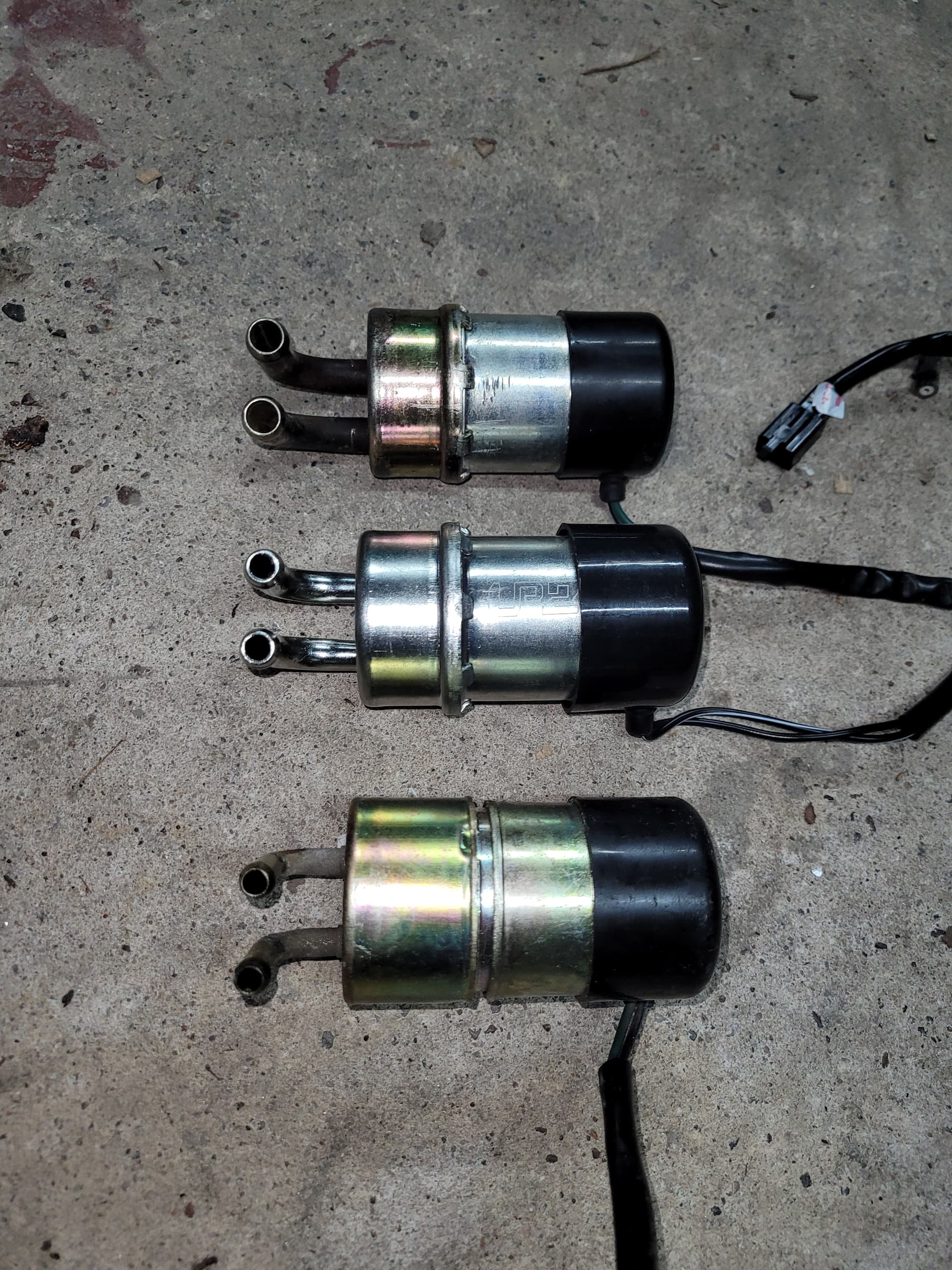 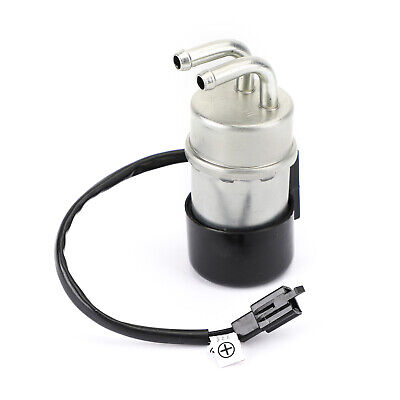 I have bought this fuel pump 2yrs ago from Alibaba and using it without any problems until today.
The only problem was the position of plastic extention for pump position fixation. Solved it by cuttuing off. Fuel lines keep pump in position.