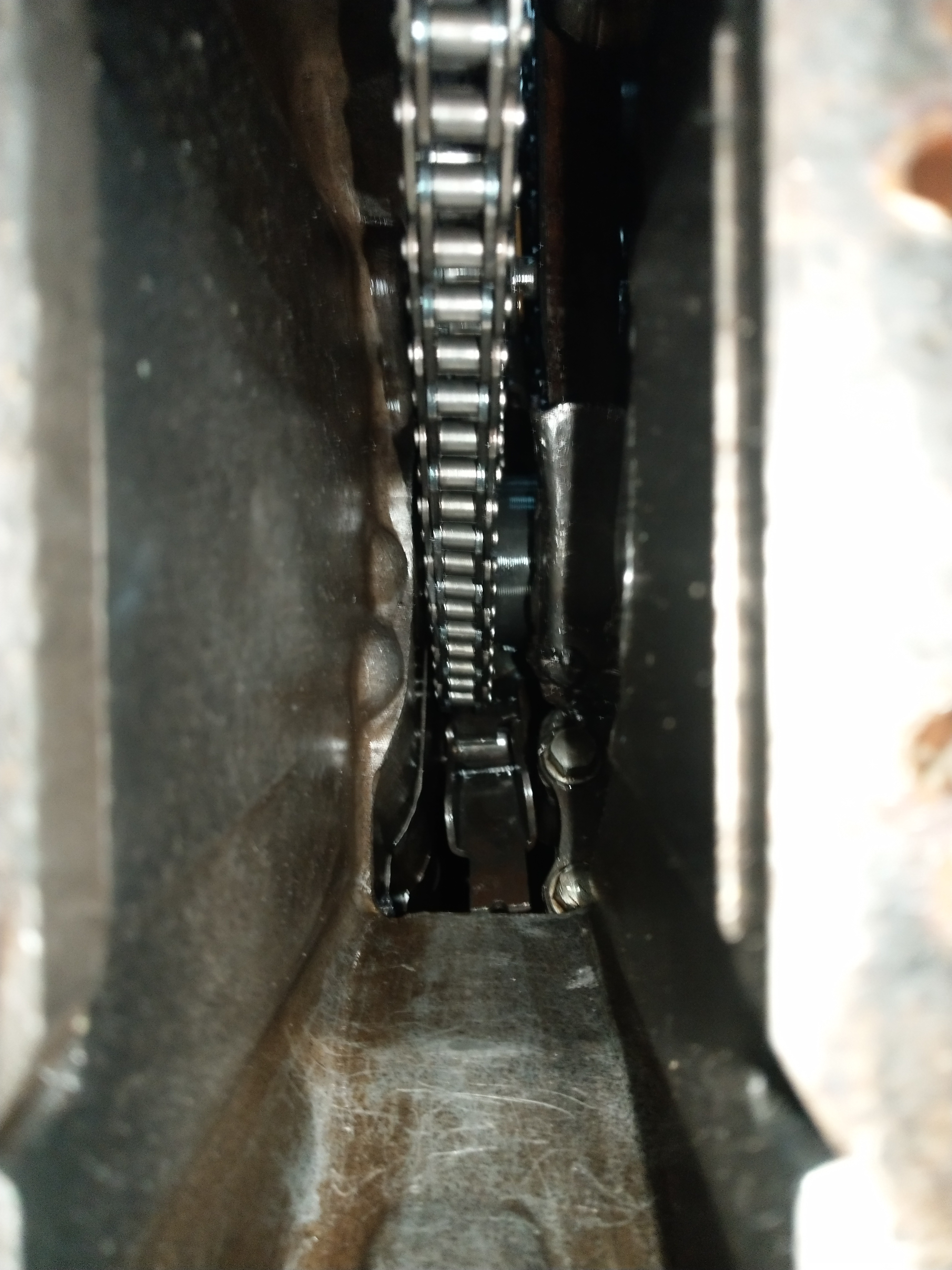 Looking down the cam chain tunnel, the tensioner blade mount looks like it not seated properly. How do you realign it ? Thanks

Drop the sump to access the fixing bolts for this one.

Thanks, I did think so but just needed confirmation 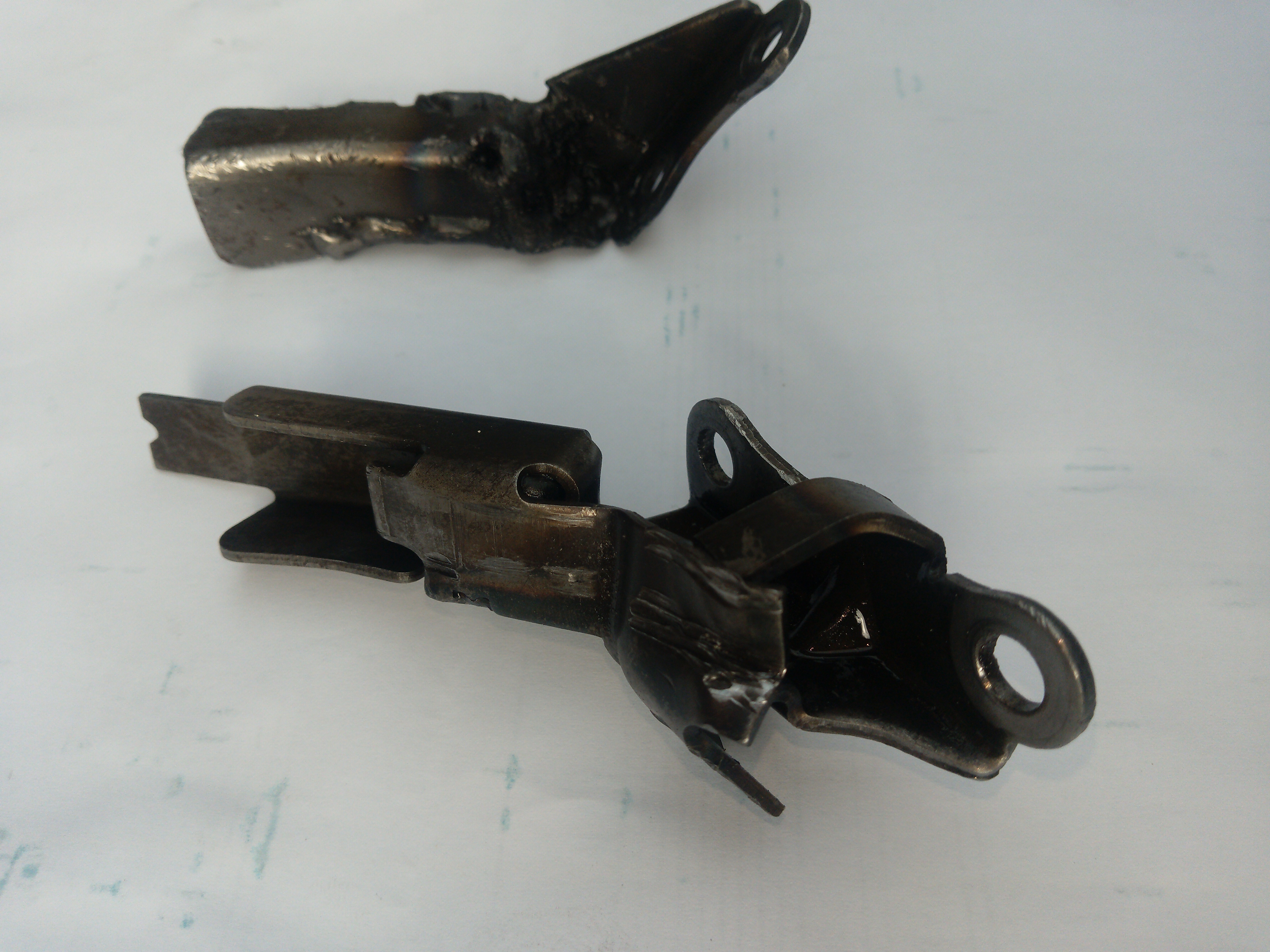 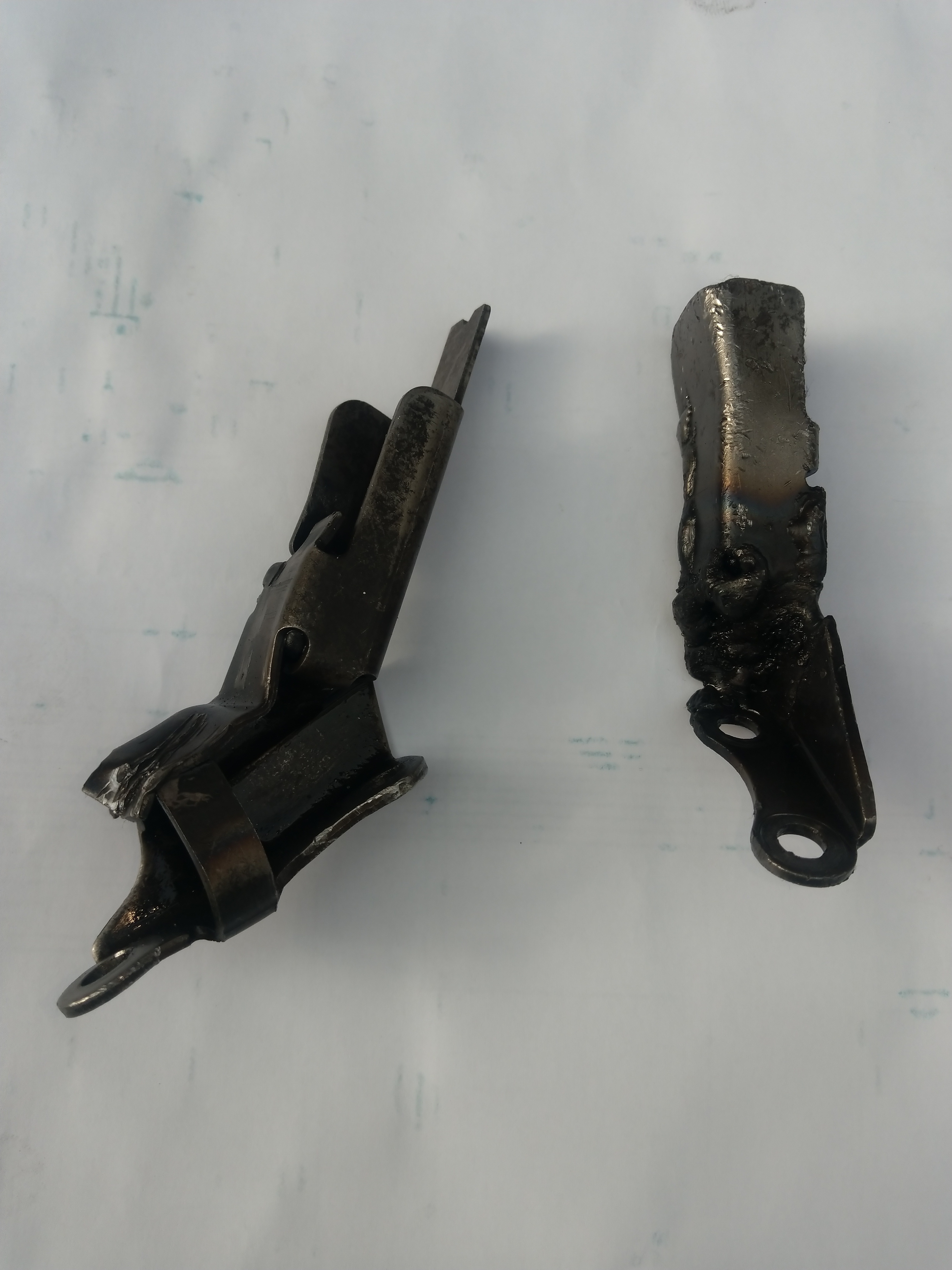 Has anyone got any cam chain guides, one’s bent and the other’s been welded up

Holy Shit!!! I would be worried about the rest of the engine, and anything else some hack got their hands on. 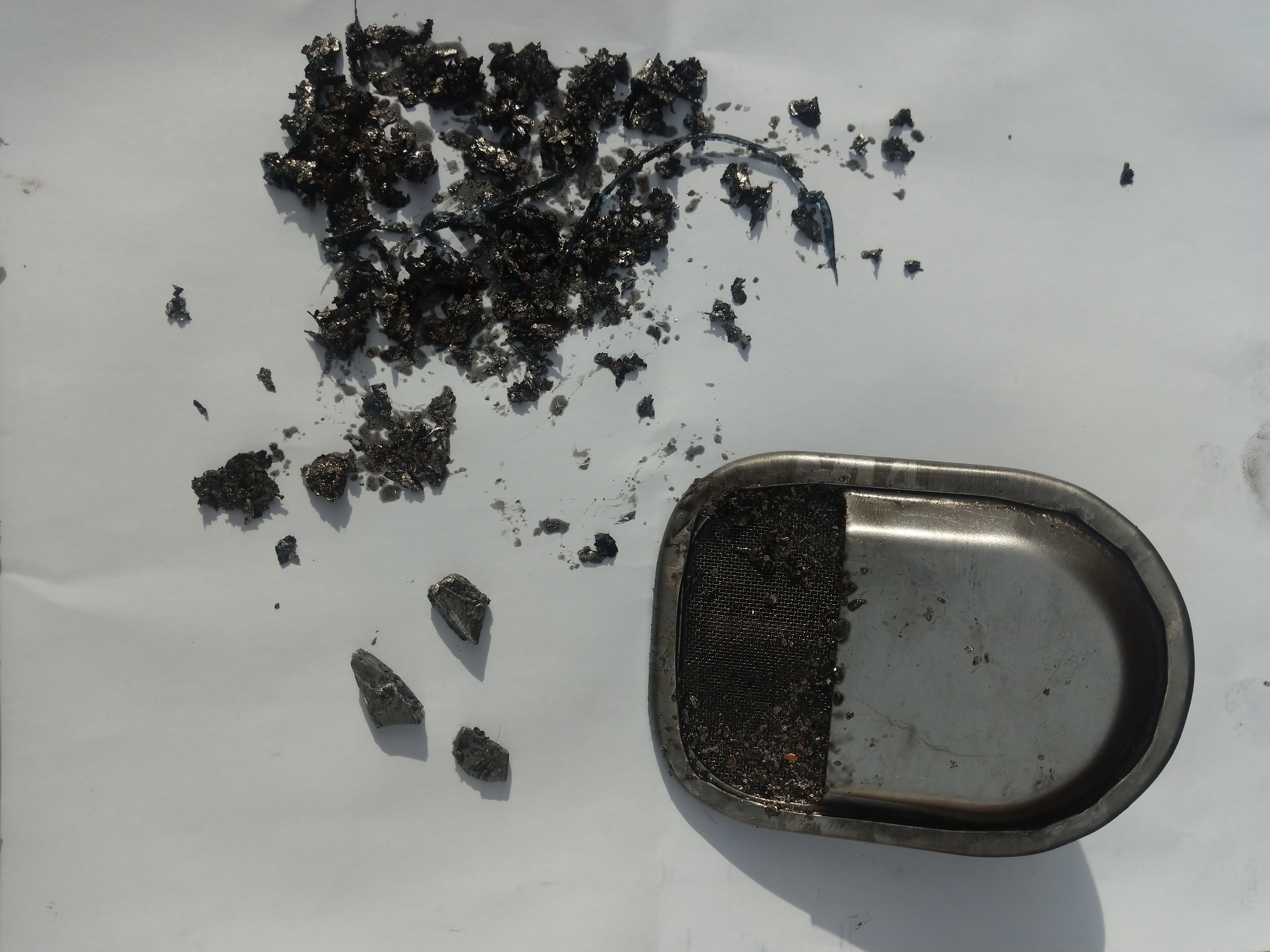 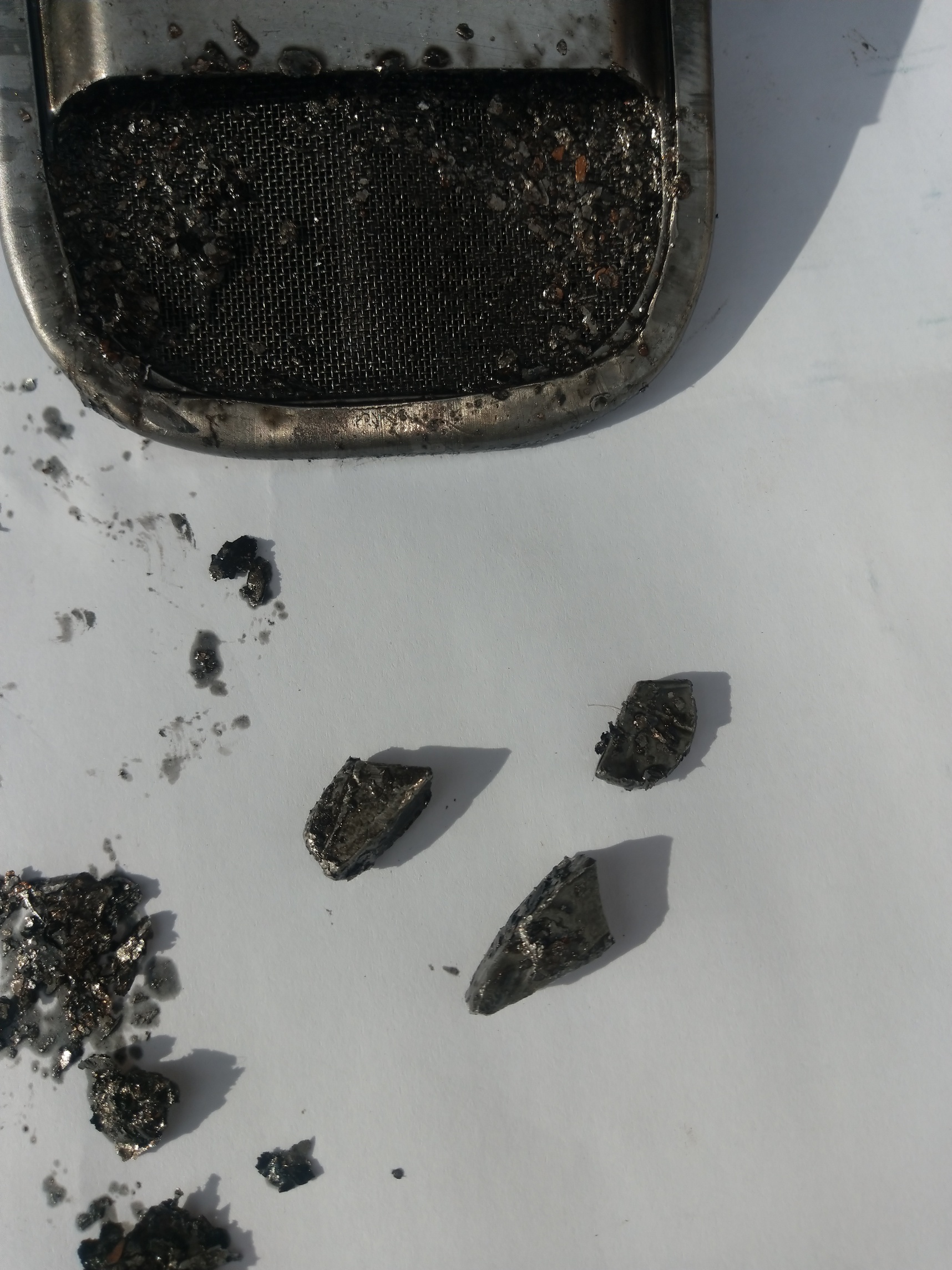 What you think about what I found in the sump

Not the best find I have to say.
A full strip down is called for. 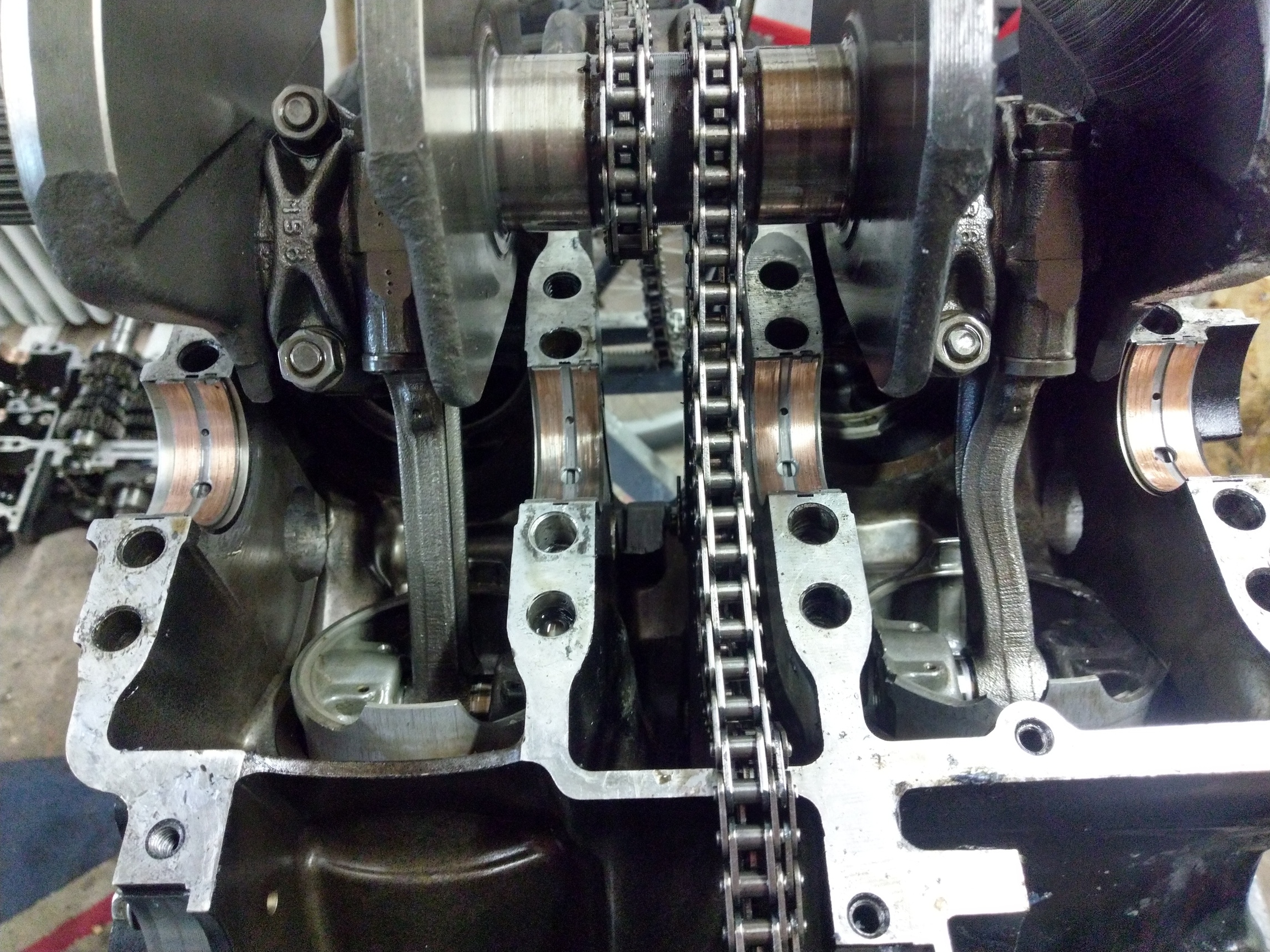 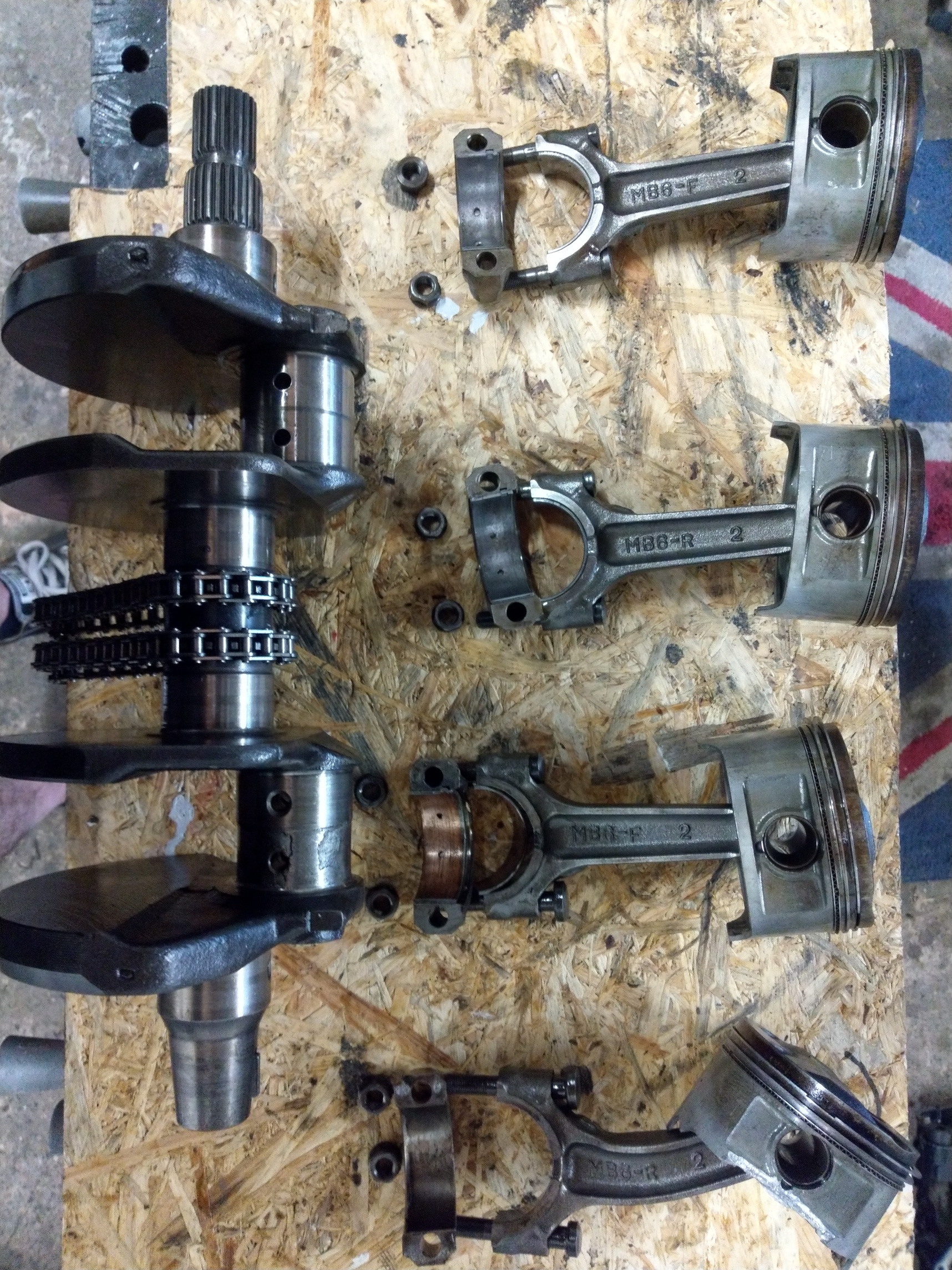 …so now looking for an engine but there doesn’t seem many out there so was wondering if any other engine’s would fit. Thanks

I have one here,here being the UK

That’s excellent, is it a complete engine, how much would you want for it and where are you in UK ? Thanks

Holy shit Shooter, just scrolled through your pics and at first thought last con rod was some weird photographic distortion.
Then realised that it was the most bent, complete Honda con rod I’d ever seen. That.s a real trophy to treasure!!! I notice all bearings have been flogged right down to the copper, I`d say it has been flogged hard with minimum oil and finally nipped up?

I thought people would be impressed, I’m going to mount it on a plinth and put it on the fireplace and as a reminder to always check your oil level

Is there any justification for that, or was the oil change frequency a play for additional business?

Hi chris, I dont think you can beat having fresh oil in a vf, I change oil and filter every 1500 miles,
When I bought my first one, an fe back in 91, which was already 7 years old, the dealership said new oil and filter plus v4 addative every 1000 miles,
Only thing I would say about the revs is, dont let it tick over for ages, especially on the side stand… the oil pressure is at its maximum 75 psi at 5000 revs, and is pumping approximately 50 liters of oil a minute, so is emptying the sump every 6 seconds…

What is this additive you mention? What proportion should be used?

Also, if I may pick your brains some more? The handbook stated that you could run it on unleaded fuel provided that every third tank was leaded. Given that leaded is a thing of the past, what fuel additive would you recommend as lead replacement?

Thanks for your help.

Hi chris, To be honest I cant remember what the addative was called, it’s close on 30 years ago, some one on here may do, at the time I thought it was more for alaying peoples fears of cam issues than actually lubricating them…
I’ve always assumed the valve seats were hard enough for unleaded petrol as much of the rest of the world had unleaded before us and honda built for the world market, I dont use any addative in the fuel…

As far as I’m aware every honda built since the mid 60’s will run fine on unleaded fuel.
It’s the big E numbers i’m worried about

I used to run my first one on ** leaded.

The first (and only) time I fed it with unleaded, I couldn’t believe the drop in performance from it. Acceleration suffered badly, and it wouldn’t go above 120.

Fortunately, I’m too old and decrepit to worry about that now…