After a trip to an old hand who is familiar with our generation of machines, he recommended running the FF on mineral oil instead of the semi-synth I have in it.

He said the older machines, even the liquid cooled ones, are often happier on mineral oil.

Anyone have any experience of that?

I generally use Motul 5100 and change it frequently (every 3,000 miles), but he reckoned that it would actually use less oil with mineral oil, something like Motul 5000, I suppose.

This is citing car engines but the content is still relevant. 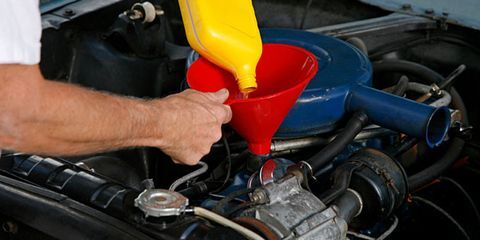 Synthetic oil is a confusing topic, and there's a lot of rhetoric, largely because some manufacturers and peddlers of synthetics have made a lot of inaccurate and self-serving claims over the years.

Thanks for that @Marmite, that fairly well describes it.

It worked well for 55k miles in my Ducati ST4s, I think it will serve the VF well enough.

What was the ST4S like ? Always fancied one of them.

It was like a lot of Ducatis, it was slightly less than the sum of its parts, out of the box.
But once you fettled it slightly, it was brilliant.
Raise the rear, sort the fueling, change the clutch slave cylinder, sort the headlights, set up the suspension for a person that actually exists

Its amazing that you could spend that much on a bike, when new, and get something so flawed.

But when it was sorted, it was glorious. The 996 Desmoquatro is an absolute peach of an engine. The chassis is good and with the suspension set up well, it was quick. I did several track days on it and the limiting factor was ground clearance

To be honest, I’d have another in the morning.