Hi chaps
A bit of advice please,just took the cam covers off my 1984 VF1000F and noticed that 3 lobes on the cams werte sligfhtly pitted,she was a quiet engine before i stripped her down,can i get away with slight pitting as i cant face stripping the cams out,and to find any good secondhand ones would be nigh impossible to find,i wont be doing big milages on her maybe a couple of thousand miles a year,
many thanks Dave.

Hi dave,
If the top end is running quiet mild pitting is no problem, when the pitting stretches all the way across the cam lobe you potentially have a problem brewing,

The pitting won’t get better by itself, as I’m sure you know. So it likely will get worse and start ticking. Mine had been ticking for thousands of miles with nothing else being “wrong” as far as the engine running was concerned. Here’s what it looked like. 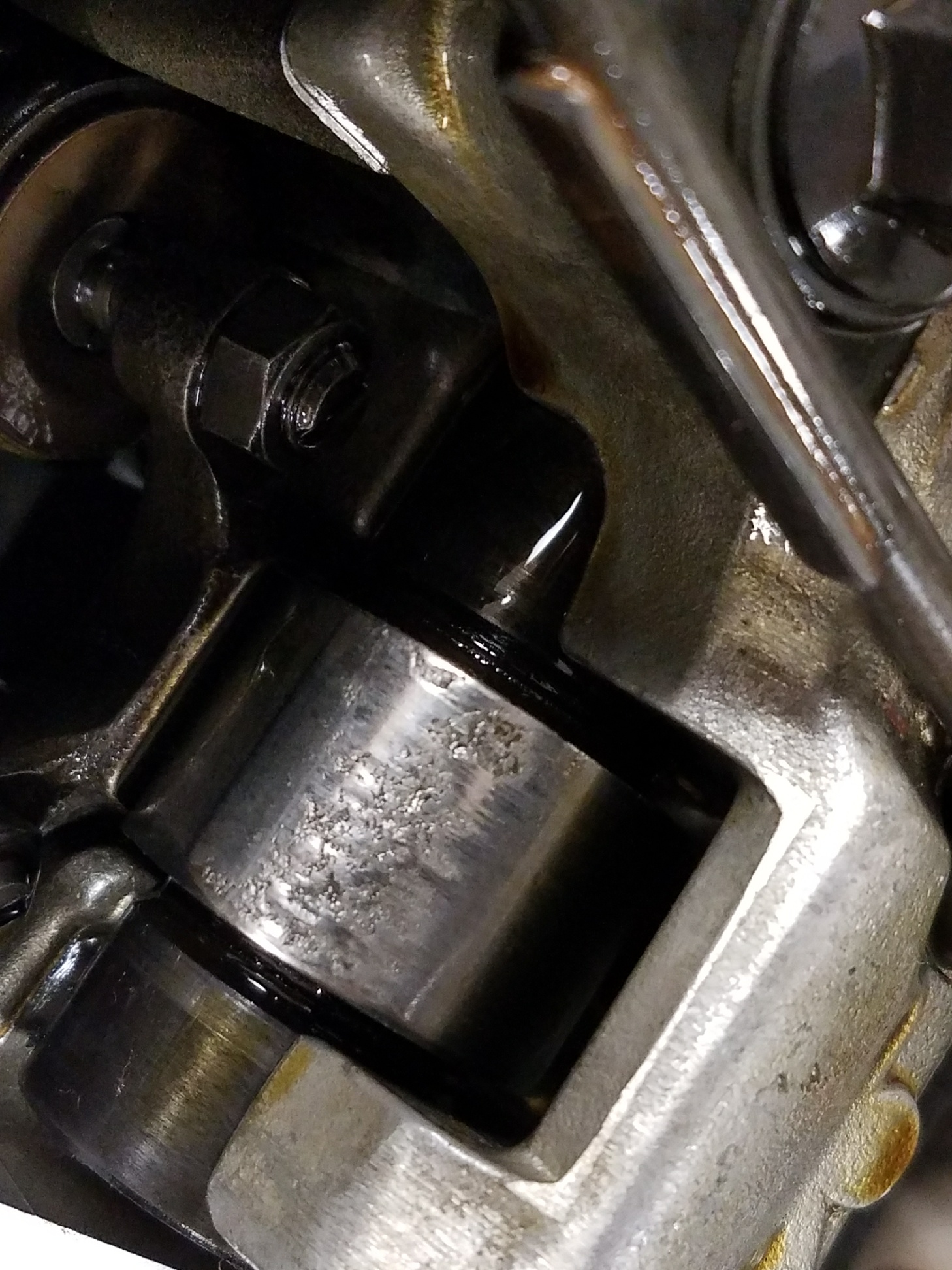 . I was prepared to let it run until it failed or manifested some other malady; but sold the bike to someone for whom it wasn’t a big issue.

BTW, here’s a good write-up on the issue if you haven’t read it.

The story behind the VF cam issue

If wait too long the Followers will wear thru the Chrome Coating and it will wear Real Fast (1/2 gas tank).

I had 2 cams and 3 followers repaired… Wasn’t expensive either. Joy cams in the UK did the work. Service was a bit slow. But they came back like new.