On the advice of an old hand who knows his dinosaurs, I yesterday took out my carbs and gave the slow jets a damn good clean.

While I was in there, I established that the battle cruiser is running OEM needles, but they are all worn considerably. There are distinct shiny patches on them, instead of that nice, brushed matte effect.

Is it possible to get new needles? Or do I need to go to a Keihin stockist?

Would it be worth getting kit needles for the adjustability?

I did a plug chop too, and after two tanks on the new plugs, they look bang on in terms of colouration.

i saw these kits from keyster a while back, they look good value for money, you may have to check on the jet sizes.

i havent seen the needles sold seperatly, but i assume keyster will probably be able to do them…

i think dynajet still does the carb kits with adjustable needles too.

Thanks Pete, that looks good.
To it for a spin yesterday, and it actually feels a good bit better.
There are still soon vibes around the 4-5k rpm mark, but beyond that it is good.
Suggests the needles are probably ok.

Here’s a pic of one of the needles, but it is fairly representative of the lot.

What do we think that the effect of this kind of wear might be? 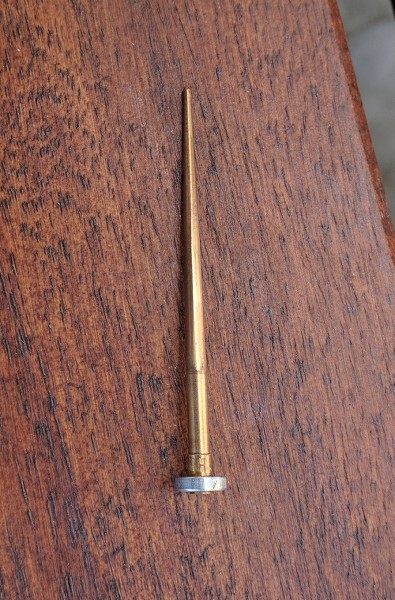