How does the rear spring setup works? It's squeak as hell 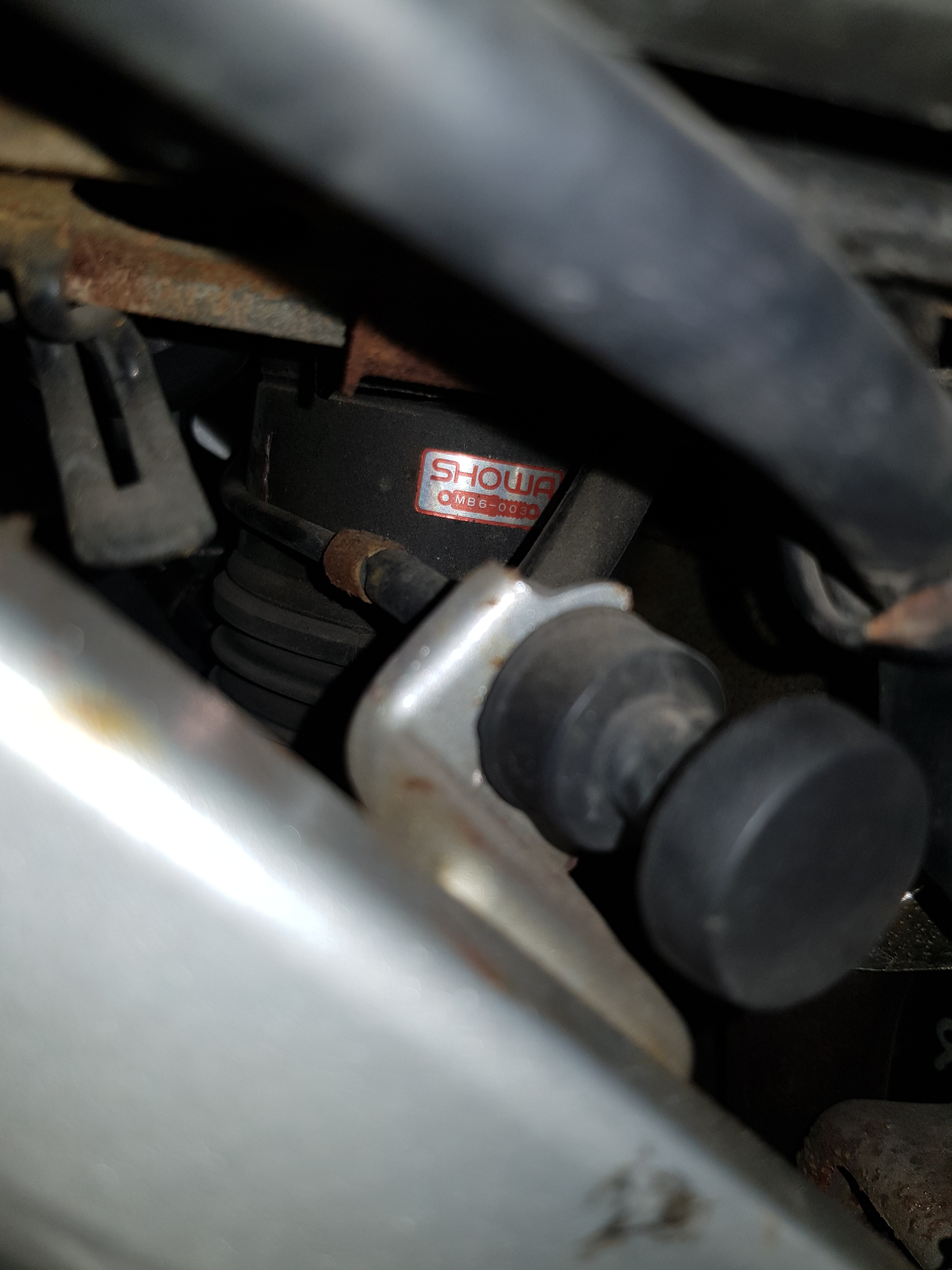 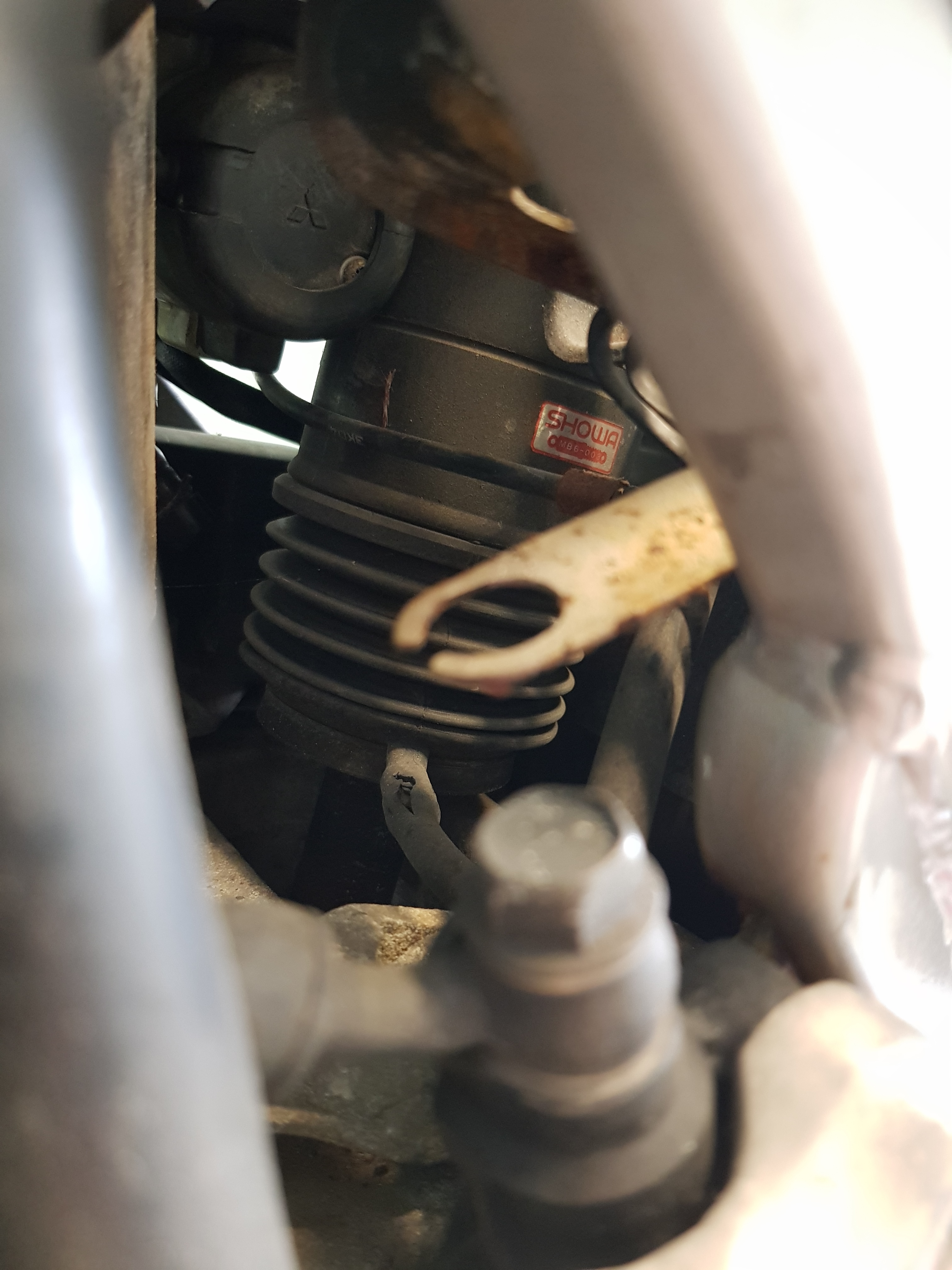 I’ve seen the original rear shock/spring is here: Showa MB6-003 but its making notices when it stretches out, bike issnt being used for the past few years.

Anything I can do? I see that it has a adjuster nob too?

If it’s noisy,chances are it’s the linkage at the bottom of the shock.
There is a bush on the shock mount but bearings where the link attaches to the swing arm and the joint to the frame.Well worth a check and grease at least.
The adjuster knob is for damping and preload is adjusted by adding air to the shock.There is a hose and schrader valve attached near the top.
Regards Bif

I found the valve yes. Curious; I could push air in it and that would hardened the shock?

I’ve seen that the damping adjuster is not really working. So I might have to service all, take apart and see how it works

Bit of a specialist job stripping the rear shock,you say the damping adjuster doesn’t work,have you disconnected the cable from the top of the unit and tried to move the lever by hand.It only has 3 positions left centre and right