VF750 heading for the road again

Hi all,
I’m the proud owner of a VF750F. I bought (swapped) the bike from new in 1984 for my CBX-C with Alan Mountain Motorcycles in York. I’d owned the CBX from new and it had only covered a couple of thousand miles but it was too big and heavy for me. My bike before that was… a VF750F. I lost heart with the previous VF when it needed cams and followers at 5000 miles but I loved everything else about the bike so I thought, ‘why not’ Honda will have fixed the problem by now. My current VF had to have new cams and followers at, yep, 5000 miles.
Anyway, the bike has been unused for about 15 years, I bought a VFR800Fi and that has been my main bike since, utterly reliable, so the VF has sat in the dining room.
I decided to go through the VF, front to back, and have just about finished. The carbs needed a full rebuild, of course, including diaphragms but that was not really problem. I replaced the manifold rubbers just to make life easier when it came to refitting the carbs, that is a difficult job! The fuel pump was shot but fortunately I acquired a huge box of used spares some years ago, including a fuel pump so no problem. The clutch slave cylinder needed rebuilding where the fluid had crystalised and but once again, not really a problem. Back in the 80’s I always used the Honda UC oil additive when I did a VF oil change and decided to continue with that.
All in all, the bike was in good shape, the cams and followers were like new with 12,500 miles showing, huge sigh of relief. But…
The filler cap seal has aged and turned into something that no longer resembles rubber, Bakerlite is the closet material that comes to mind. As far as I can tell the seal is not available as a spare, Honda will happily sell me a complete filler cap though. I have read a thread where the seal has been taken from a pattern filler cap and fitted to the VF cap. Can anyone confirm whether this eBay sale will do the job

Also, the service manual calls for ATF to be used in the fork legs. Was there a particular reason for this or was it just that specific fork oil wasn’t available in the 80’s? I honestly can’t remember when specific fork oil became available. If fork oil is preferred I would expect to use 5W, I weigh about 157 pounds and don’t carry a pillion.

Thank you in advance for any advice,
Chris. 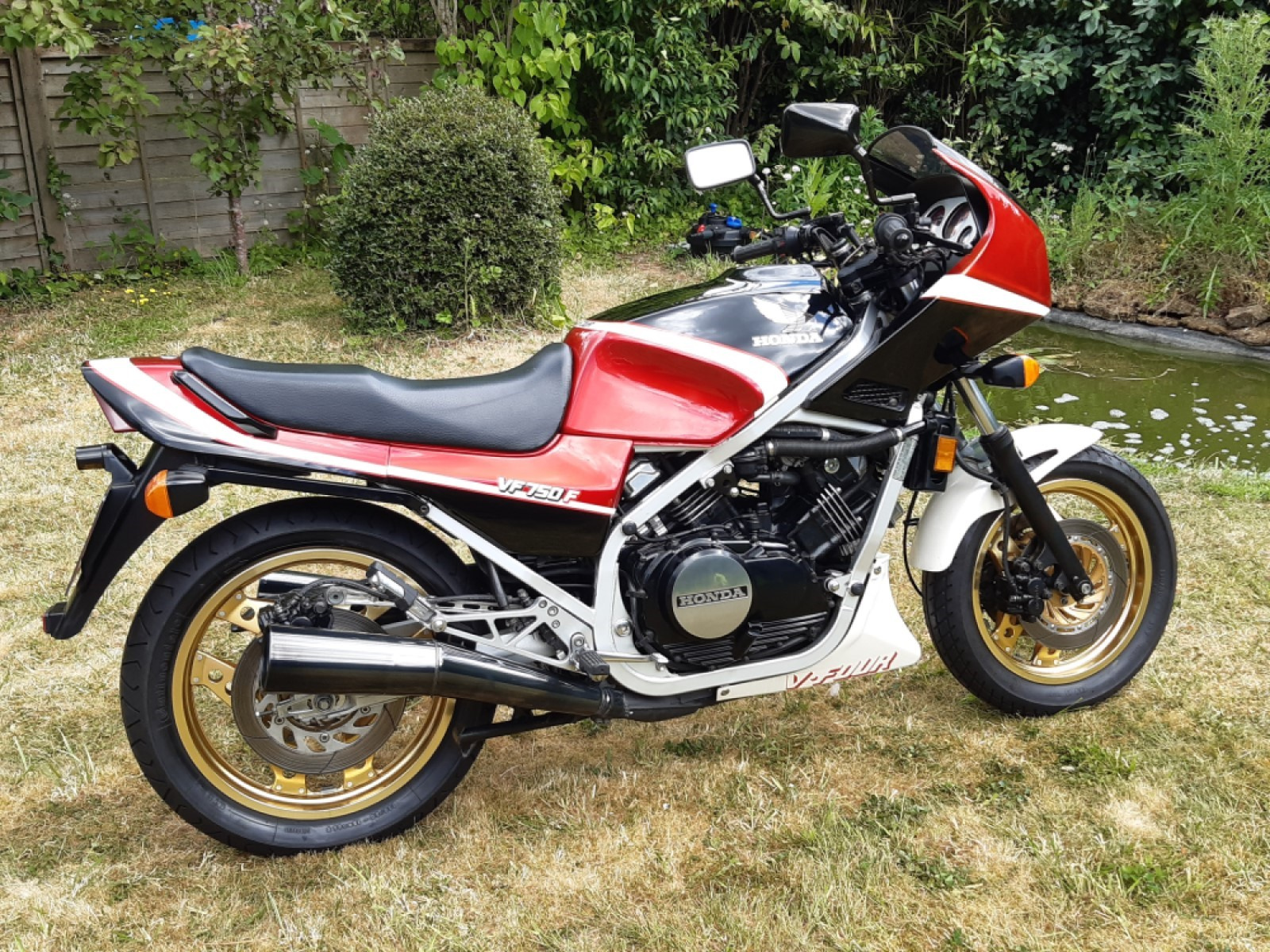 Hi Chris,your 750 looks well.
The fuel cap you listed should do fine as a rubber donor,I think garyB had a thread on how to dismantle then fit to your cap.
ATF is about 7.5wt,and the hondas forks were under damped.
It is personal choice but I tend to use 10wt which does away with the feeling of riding a pogo stick
Best regards Bif

Thanks Bif. The bike is totally unrestored, the only thing I did when I bought it was fit a flap on the inside of the rear mudguard that prevented road dirt splattering the rear shock and linkages. When I stripped the rear suspension a couple of weeks ago there wasn’t a trace of corrosion and most of the original grease was still there, if a bit dry.
Having worked on plenty of bikes that have faced the weather it was a joy! Mind you, I suppose 12,500 of summer use isn’t a fair comparison.