What is this bike worth??

Hey everybody, gonna put my 1984 VF 1000 Interceptor up for sale but not really sure what I can get for it. I bought it for 1600 about 8 months ago, put a new fuel pump and rectifier in it and now am trying to sell it. I figure I can sell it for between 2500 and 3000…
Its in really good shape, 33000 kms, new back tire, very minor electrical issue and other than that runs really well. Anybody have any idea what I might be able to get for this old girl? 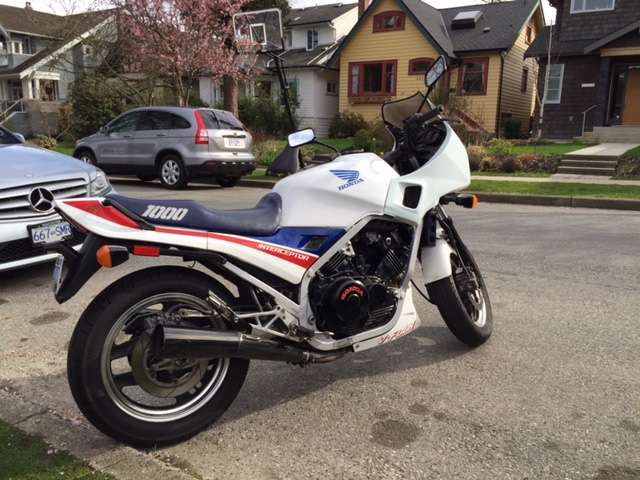 This sounds more like an advert than a question ??? :

If the electrical problem is only minor best to fix it before selling.
In truth the bike is more than likely worth about what you paid for it,
Consumables like tyres,chain and sprockets and servicing to my mind don’t add value to a bike but do make it easier to sell.
Regards Bif

In truth I didn’t buy this bike to profit I got it to stimulate the mind and needed a challenge
its also nice to see peoples faces when its parked on the high st, and remember its a classic and predsessor to the latest racing repsol Honda of today
If you took it to a MotoGP race anywhere in the world it would turn as many heads as the track bikes