What is this hose? 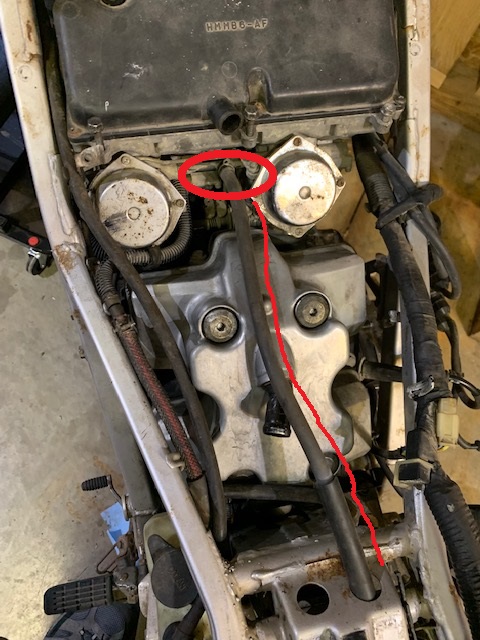 I’m restoring a barn find 1985 VF1000F. There is this hose that runs from the carbs and through the holes in the frame. It doesn’t appear to connect to anything at the other end, down somewhere below the seat. It’s not a California model so it’s not part of that emissions package. Any ideas?

Breather pipe for the carbs to equalise the pressure in the float bowls so you get a free flow of petrol.

So it just snakes to nowhere?

Yes, ends up by the swingarm. Some models don’t have it, they have a short u shaped tube that goes from carbs to a bracket on the chrome carb top for no1 carb.

I have this pipe but it is not connected either end, mine is a VF1000RE. Do you know if it should connect to the carbs on my model? And if so can you show me a picture of what it connects to as I searched for a connection point and just could not find one.
Probably staring me in the face!!

It connects to the carbs one one end and exits next to swingarm pivot. At the carb end it connects to the upper joint pipe which is a off centre cross shaped plastic tube, two ends go into the rear carbs and the fourth connection has a hose going to front pair of carbs. I think the other end goes through a metal loop welded to the frame on the right hand side under the swingarm. 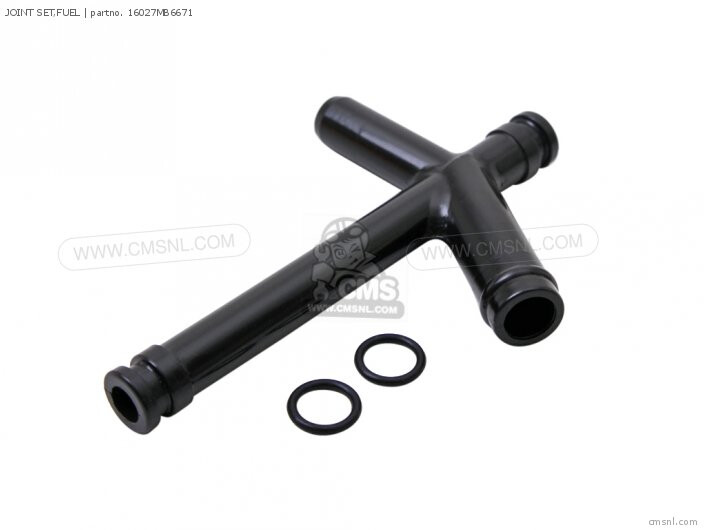 Thanks Gary my set up looks different, where you have the cross shaped plastic tube mine looks like a T shaped with an end to each rear carb and the other end to a tube to the front carbs. My bike is a UK VF1000RE 1984.
Would you know if this is correct?

I also have the long tube that goes down to swinging arm but it is not connected at carb end?

Mine is the same bike, looks like you have two of the T pieces for the front carbs, the cross piece hasn’t been put on front pair by mistake has it? The system can’t work with two T pieces as no air would be able to enter the carb float chambers and a vacuum would stop petrol from entering the jets. the system also acts as an overflow if one of the needle valves sticks open and empties the petrol out in a safer location by the swingarm, ask @vfpete what happens if it empties onto the engine! An expensive way to roast your chestnuts. Can you post a picture of your carbs ?

I’m pretty sure as standard the UK vf1000re vents into the plenum chamber same as the Fe, so if you have 2 “t” pipes they should point upwards, go through 2 rubber grommets, into the airbox area…
Honda changed this set up on the 85 Rf model which vented to atmosphere through the long vent pipe terminating below the swing arm as mentioned earlier…
As far as I know honda did this because negative pressure in the airbox affected the float bowl fuel level…
Some Re’s and Fe’s have been retro fitted with a honda carb revision kit which contained smaller main jets, different slides, plugs for airbox and the cross vent tube and long hose to vent to atmosphere…

No holes in the plenum chamber on mine but I got mine in several boxes and built it from there and several parts are not off an RE.

Thanks Gary & Pete for your help.
The bike runs pretty well and recently had the carb synch done by a mechanic with no comments made about carb issues.
I haven’t taken the carbs off or the air box for that matter so can only see the rear carbs with the T piece plastic pipe. The piece of the T that doesn’t go to the two rear carbs points forward and down and I cant see what the other end of the tube connects…
Will take the plenum off at some stage, probably later in the year as I do want to give the carbs a clean, will take a look then to see where the tube goes

This is the picture from CMS for the carb set up for a UK VF1000RE, the pipe shown (item 14) is a T piece. It looks like T is pointing down but not clear where the tube goes…interesting!

& this one is the picture from my owners manual, it confirms two T pieces but doesn’t say what they connect too during removal, installation or strip down sections?? 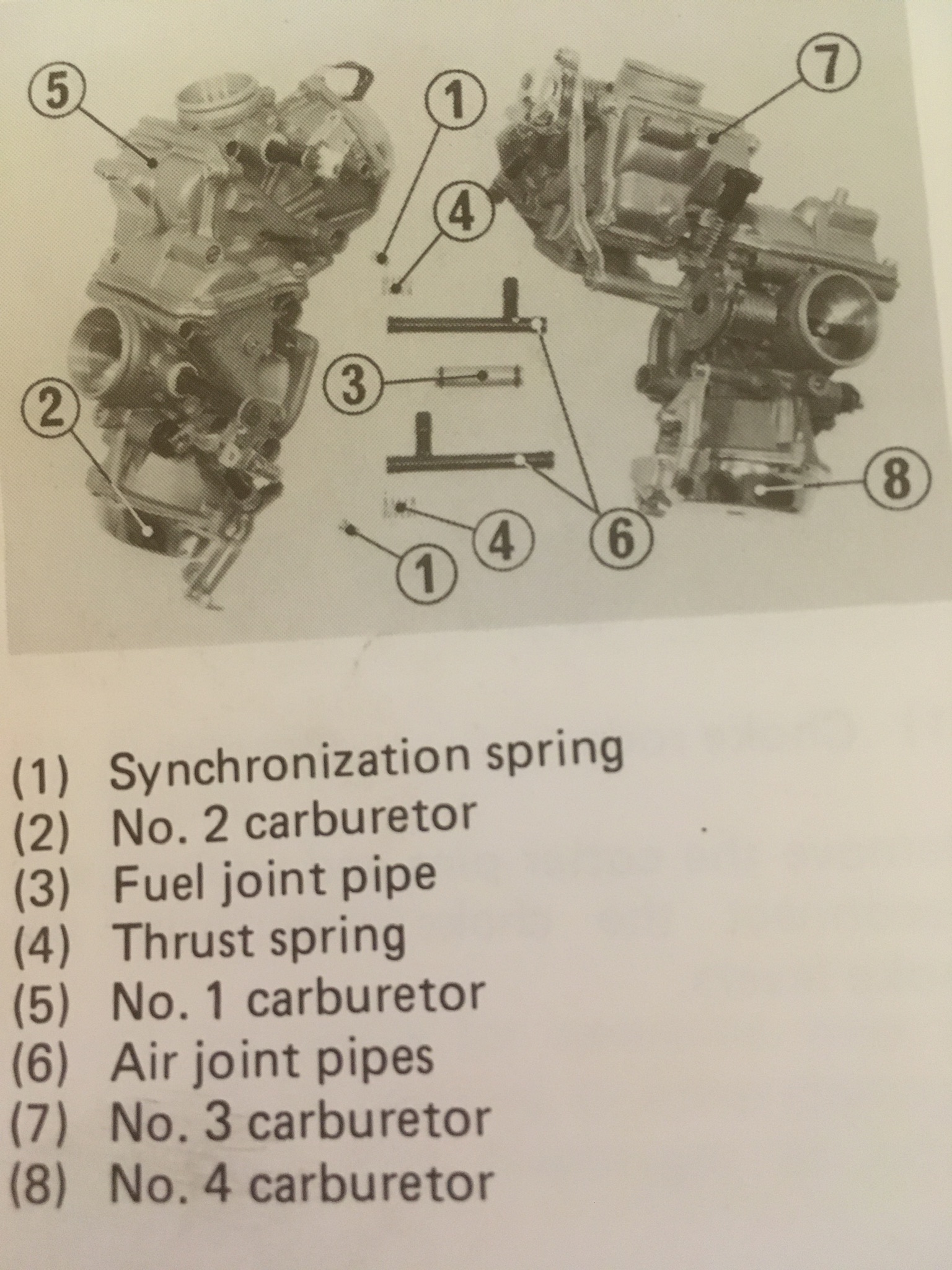